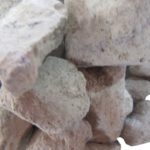 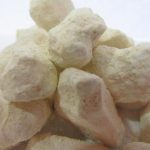 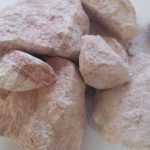 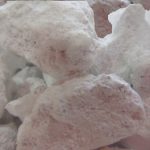 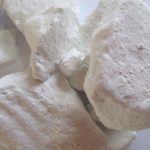 Here are some interesting facts about Kaolin:

Kaolin – The name Kaolin is derived from the original Chinese name “Kauling” meaning high ride in the small village of Gaoling in Jinagzi province, China, where the white clay was mined.

What is Kaolin made of?

The major ingredient in kaolin is the mineral Kaolinite also known as hydrous aluminum silicate and its chemical name is: Al2Si2O5(OH)4. Kaolin is also called China clay.


What is the color of Kaolin or China clay?

India has its reserves/resources of KAOLIN in states like Kerala, Rajasthan, West Bengal, Odisha and Karnataka.

In the world the top Kaolin producers are countries like USA, China, Turkey, Brazil, Iran and Germany.


Uses of KAOLIN or CHINA CLAY

Kaolin in drug and pharma industries:

Kaolin is used in white paint. It is also used in oil paint owing to its high oil absorption. Kaolin is used as an extender or a suspending agent in oil paints and as pigments in water paints or distempers. Kaolin has properties such as white color, easy dispersion, anti-settling and chemical inertness, which are the main criteria for its use in paint industries.

The word ceramic derived from Greek word “Keramos” originally meant fired and fused common clays. The manufacturing consists of mixing China clay, quartz or silica and other types of clay, feldspar and some flux with water. This mixture is well ground, thoroughly stirred up, filtered, pressed and molded into the required shape. It is then dried and fired at a temperature raging from 1200⁰ to 1500⁰ Celsius.

Considerable quantity of kaolin is used for filling rubbers to improve its mechanical strength and resistance to abrasion. For this purpose, the clay used must be extremely pure kaolinite and exceedingly fine grained.

In the plastic industry, KAOLIN is used as a functional extender for adding strength, electrical resistance (important in PVC cable covers) and gloss. China Clay has Low specific gravity, fine particle size, high dispersion, poor electrical conductivity, high reflectivity, low water absorption (i.e. low shrinkage on drying) and inertness which are the important criteria for this application. In polythene film, Kaolin can enhance the absorption characteristics. During the curing process of polyester resin the intensity of the exothermic reaction is to some extent contained by china clay by virtue of its water content.

Kaolin serves as a paper coating which enhances paper’s appearance by adding brightness, smoothness and gloss.  It also improves printability.  In paper industry Kaolin is used as a filler as It increases opacity, printability, gloss and brightness. Approximately 40 percent of the kaolin produced worldwide is used in the filling and coating of paper. In coating, the kaolin is plated along with an adhesive on the paper’s surface to give gloss, color, high opacity, and greater printability. Kaolin used for coating is prepared so that most of the kaolinite particles are less than two micrometers in diameter.


Other uses of Kaolin:

Kaolin is used in combination with Ochre to derive a wide range of color pigments for multiple applications.Kaolin with Red or yellow ochre is extensively used for coloring roofing tiles, concrete and slabs, cement flooring tiles, glass, ceramics, paper etc.,


Where to buy kaolin clay?

Hydrous kaolin is formed from Crude/Raw clay by dispersing it in water and centrifuging it to remove impurities. The refined slurry is then dewatered (to reduce soluble impurities) and dried. Water-washed clays are often further treated to improve brightness. This includes chemical bleaching and/or high-intensity magnetic separation to remove iron and titanium impurities.

To extract the water molecule and improve color, the hydrous clay is subjected to high temperatures and the process in known as calcination.

The product is termed as calcined clay. By controlling the calcination temperature, Metakaolin (600–800°C) used in concrete, Spinel  – gamma-alumina type structure (925–1050°C) or Mullite Phases (>1050°C) of calcined kaolin can be produced.

Spinel is used mainly for paint applications as an extender for Titanium Dioxide (TiO2); it also has a few applications for paper, ceramics, polymer and rubber industries.

Mullite is used in the ceramic industry.