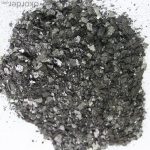 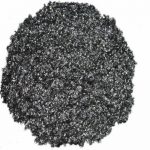 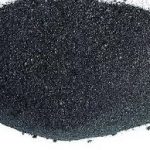 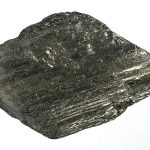 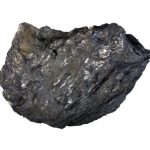 What is meaning of the name Graphite?

A.Werner named it graphite, from the Greek word graphein, meaning “to write.”

How is Graphite formed?

When certain organic matter is metamorphosed, deposits of graphite can form.

Graphite commonly occurs in schistose rock and also, in some places, as a constituent of Basalt and nepheline syenite. It is believed to have formed due to thermal metamorphosis under low pressure, of sediments containing carbonaceous matter by reaction of carbon compounds with either hydrothermal solutions or magmatic fluids, and also due to crystallization of magmatic carbon in reducing environment. Graphite is usually black in Color.

Where is Graphite found in the world? (Worldwide distribution of Graphite)

Although world production is concentrated in fewer than 20 countries, more than 60% is produced in Asia—India, China, the Republic of Korea and Sri Lanka. In the Americas, Mexico and Brazil are well-established producers, and Canada is emerging as a major supplier. In Europe, the main producers are Germany, Austria, the Czech Republic, Norway, Romania, Turkey, and Russia. In Africa, Zimbabwe and Madagascar are the biggest producers.

Where is Graphite found in India?

What are the different types of Graphite?

Natural graphite can be divided into three classes:

Disseminated flake – Flake graphite is a lamellar form found in metamorphic rocks, such as marble, gneiss, and schist. Each flake is separate, having crystallized as such in the rock

Amorphous Graphite – Amorphous graphite is commonly found as minute, microcrystalline particles fairly uniformly distributed in weakly metamorphosed rocks, such as slates, or in beds consisting almost entirely of graphite. They are usually metamorphosed coal seams with as much as 80% to 85% graphitic carbon. The graphite content of amorphous graphite deposits is dependent on the amount of carbon present in the original sediments. Certain amorphous graphite depositsundoubtedly were formed by contact (thermal) metamorphism, while others are probably the result ofdynamic (regional) metamorphism.

Graphite has been marketed as graphite, plumbago, or black lead. Industrial usage of such terms tends to be confusing to one not immersed in the industry. For example, the two main commercial categories of natural graphite are crystalline and amorphous; but all graphite is really crystalline and the commercial distinction is actually one of crystal size. Thus the term amorphous, although widely used, is a misnomer.

What is the structure of Graphite?

Graphite has six-member hexagonal carbon rings that resonate between single and double shared electron bonds. These graphite sheets are very strong, but the hexagonal rings are stacked and do not share electrons between adjacent sheets, only a residual electrical charge. Thus, no chemical bonds occur between the sheets, resulting in graphite being soft and the sheets can be easily separated.

What are the key/important properties of Graphite?

How is Graphene formed from Graphite?

This is a very recent craze amongst material scientists and is under vigorous research since 2007. Graphene is the thinnest material known so far and is derived from natural graphite and this theory explains in making use of the unique layered structure of a hexagonal crystal of natural graphite and the weak bond between these layers. Each such layer consists of six carbon atoms. Within a layer, the atoms are closely bonded, but between layers the bond is weak. It has been possible in the laboratory to separate the individual layers by rubbing natural graphite crystals on a silicon surface, and then arranging them in the form of a one-atom thick single-layer sheet to which the name graphene has been given. Since 2007, only transistors have been made out of graphene, but its potentialseem to be immense.

What is graphite used for? (The most common uses of Graphite)

The name graphite owes its origin to Greek word “graphein” meaning “to write”, because traditionally, the main use of graphite was in pencils and even now, common people are most familiar with this use (graphite pencils are popularly called lead pencils, but actually they do not contain any lead).It is made up of a single element carbon or C (derived from the Latin word “carbo” meaningcharcoal with which people became familiar long before coal). Carbon has five allotropicvarieties of which graphite is one and it is the softest one and due to its low-cost it’s been used in pencil industry.

A battery consists of two or more cells grouped together that are immersed in an electrolyte to generate electricity. If in this process, the metals and the electrolyte are consumed irreversibly, then the cell is called primary or non-rechargeable cell. A secondary or rechargeable cell is one in which the chemical energy can be restored through reversion of the chemical reaction by electric current.

The dry cell in its turn, may be either voltaic cell orLeclanche cell. Out of all these, graphite finds use only in the Leclanche cell and the alkalinecell.In both types of cells, graphite is added to MnO2 as a filler to improve the electricalconductivity. In addition, graphite has the advantage of chemical inertness. The onlydifference is that in the Leclanche cells, the function of MnO2 being of supporting nature,lower grade graphite (88% FC or above) serves the purpose while in alkaline cells, thefunction of MnO2 being pivotal, high grade graphite (not less than 98% FC) is specified bythe industry to impart high conductivity.

Graphite is used extensively in bearings, and varies depending onthe type of bearings being produced. This is a small-use marketwith limited growth potential.

Graphite consumption as an asbestos substitute increased greatly inthe 1980s when the dangers of asbestos were recognized. Graphiteis particularly useful in brake linings for heavy-duty vehicles asopposed to passenger vehicles. As long as organic friction materialsimpregnated with graphite are used and accepted as satisfactory,graphite consumption should increase gradually in accordance withthe increased number of vehicles on the road.

Graphite has been known for its high melting point (3930°C) and is therefore it is used in the manufacture of refractory crucibles for high temperatures. Graphite crucibles are also used for melting some metals.But, crystalline flake graphite use has beensteadily declining in market share over the last decade. Advances in crucible manufacturing technology has now allowed much greaterflexibility in type and flake size to increase the graphite utilization

Compared to furnaces, crucibles are smaller in size. They are advantageous when mixing small quantities of different products requiring different alloys. It is also easier to change a damaged crucible, as opposed to a furnace lining. The main uses of crucibles are for foundry melting of steel, in nonferrous metallurgy (brass, aluminium) and in precious metal metallurgy.

This use has been growing rapidly until fairly recently. Expandedgraphite is used to make high performance gasket material for useat high temperatures or pressures and with radioactive or corrosivefluids. Expanded graphite can be made into a foil laminate that isused in valve packings and as a gasket material. Foil can also bemade into a heat sink for high-tech computer and communicationproducts. Expanded graphite is being used as a hot topping compoundto insulate hot ingots and decrease heat loss. Expandedgraphite is made from crystalline flake graphite by treating it initiallywith chromic acid, followed by sulfuric acid, to weaken thebonds between the graphite flakes. The graphite is then heated todrive off the water, causing expansion, creating a product withproperties similar to vermiculite.

Foundries are one of the largest consumers of graphite. Graphitehas a number of uses in foundries, but the largest single use is as afoundry facing or mold wash that allows the metal casting to beeasily removed from the mold on cooling. Another significant useis as a carbon raiser, when a carbonaceous material is added to hotmetal to raise its carbon content. Graphite is also used to lubricateextrusion dies before hot metal is reshaped to form other products.

This market is tremendously complex because of the variety oflubricating jobs that must be done and the myriad lubricant typesthat are available. Graphite has been an important lubricant andprobably will continue to be, but competition is stiff. Graphite addedto a soapy lubricant is considered to be a good die lubricant, particularlyfor galvanized wire, though the discoloration it produces is notdesirable. Natural graphite is a good antiseize agent in steel mill andrailroad applications because it creates a solid lubricant film thatretains its properties under pressure and high temperature. In thisparticular use, the customer specifies the graphite content empirically,so its use may not be based on some theoretical factor(s). Naturalgraphite is used in applications in which the siliceous portion ofthe natural graphite is overshadowed by the background contaminationof dirt and sand, for example, gear lubrication for miningmachinery.

Flexible Graphite is a binder less all-carbon materialused for making foils, sheets, seals, gaskets, etc. It is the most resilient gasket material knownwith a high spring-back of 50%, having very low coefficient of friction giving it self-lubricatingproperties. Besides, it is a good thermal conductor with high thermal shockresistance, non-wetable by molten glass, ceramics or metals and strongly resistant to creepwith negligible ageing effect resulting in practically infinite life. It is impermeable to gasesand fluids. It can be easily cut, punched, glued and pressed into dies. It can be used under

conditions of temperature ranging from (-) 200⁰C- 500⁰C in an oxidizing atmosphere and up to 3000⁰C in a reducing atmosphere.

Gunning and ramming mixes, used where the refractory mustbe deformable or flexible, commonly use amorphous graphite.Carbon-magnesite mixes are made from crystalline flake graphite.

Carbon-magnesite brick is used to line basic oxygen converters,in the slag lines and water-cooled sidewalls of electric arc furnaces,and to make steel ladles. Graphite consumption in the former twouses grew rapidly in the 1980s, and consumption in the latter usegrew more in later years. Use in basic oxygen converters is still growingin some countries.

Continuous casting ware made of alumina graphite includesitems such as shrouds, subentry tubes, and stopper rods.

Other uses of Graphite?

The most common substitutes for graphite are other forms of carbon.In steelmaking, petroleum coke, anthracite, and used (synthetic)graphite electrode scrap can be used as a carbon-raiserinstead of natural graphite.

Graphite flakes: The term “crystalline flake” means graphite or plumbago which occurs disseminated as a relatively thin flake throughout its containing rock, decomposed or not, and which may be or as been separated there from by ordinary crushing, pulverizing, screening, or mechanical concentration process, such flake being made up of a number of parallel laminae, which may be separated by mechanical means.

Such graphitized grease is used for certain high-stress applications, the most important ofwhich is manufacturing of various seamless tubular products like seamless steel pipe.

Graphite rod: Graphite rods (as a substitute of petroleum coke electrodes) can be used as anodes in electric arc furnaces (EAF) for electrolytic production of carbon steel, chlorine, chlorates, magnesium, sodium etc., in gouging rods and in arc lamps.

Gouging rods are copper-coated graphite electrodes used for giving smooth finishes in iron and steel castings with the help of electric arc (referred to in industry circles as arc-clearing or gouging, trimming and washing).

Ashok Mineral Enterprices (Minerals manufacturers), Chennai, India is a major Manufacturer, producer, processor and supplier of Graphite for all industrial purposes and also a major exporter of Graphite from India.

In India, Ashok Mineral Enterprises has exclusive access to some of the biggest mines producing the best quality Graphite.

Ashok Mineral Enterprises has state of the art processing units and strategically located Logistics Centers to ensure timely delivery of Graphite to any location worldwide.

Ashok Mineral Enterprises is also a stockist & distributor of a few grades of Graphite in South India.

We offer various grades of Natural, Flake, Amorphous and Synthetic Graphite. For further details on grades available and offers please contact us.